Text for the exhibition catalog by Victor Pivovarov

Text for the exhibition catalog by Victor Pivovarov

At one of the Evgenij Semenov’s paintings there is such a highly remarkable text-explanation: “revolutionary underground, forced to keep their records and correspondence with friends in a way that no one from outside could not have understand the written”.

Hard to get rid of the temptation to read this short sentence as a program position of the author, however it is so general in nature that it applies to almost any artist. And if so, to Evgenij Semenov moreover that he pulled it out of oblivion, dust off and put it as his pictures, without breaking the rules of postmodern citation.

If we take the words of the revolutionary underground as the credo of the artist and his work as coded messages, the question arises as to read. Viewer originally shipped with a choice, if he wants to stay outside, he should not wrestle with and enjoy the combination of colors, quality hanging, view publications and go home. It is not possible that he will remain a sense of lost time in vain, feeling that it was something not received or even that he exhibited a fool. In the end the artist only redraw and colored pictures and gave them for their own works. But if the viewer does not want to stay outside, (again, this is the matter of their own free choice), he was given an opportunity to reflect on what he sees.

Paradox, however, that in spite of the universality of the situation that any work of fiction is coded messages, there is no similar universal codes for his perusal. Each spectator unfortunately is forced to seek his own code himself, as a product of not one but many codes. Thus, I as one of the spectators can offer only one set of code to read displayed artworks.

It seems to me that pictures of Evgenij Semenov — the nostalgic poem about the loss of clarity. Artistic clarity – clarity and simplicity of composition, picture, color solutions, ideological clarity, when the world seemed though complicated, but foreseeable, measurable but understandable: it rains in autumn and winter skiing in the mountains with sledge when fly is related to outer space, where the train goes from A to B.
Alas, this is all in past. Today we do not understand anything, “we smiled lost”.

Today we are like the defiant experimenter who launched space launch vehicle with living being the dog Laika, and the same dog Laika, which spinning in the universe, not knowing where it is, that with it, why did it drop here.

Evgenij Semenov’s nostalgic paintings do not deceive us an illusion of a better past and do not even play some, even utopian reality. These are just images of our consciousness which have lost. Luckily or unluckily, this is another question the answer to which is the same multiple as the possibility of multiple readings of a single picture. 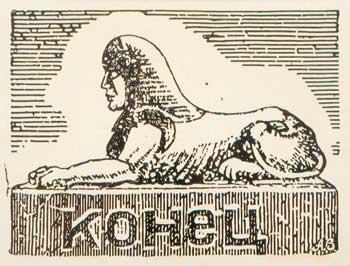